Both Marlon Brando and Robert de Niro attended Stella Adler’s conservatory. De Niro considers Stella Adler as one of his greatest mentor as she taught him the Stanislavski Method of Acting, allowing him to create a wide portfolio of characters which would then allow him to rapidly start an acting career. Marlon Brando was also taught the same method as De Niro. Both actors would then become famous for their acting notably in The Godfather series. 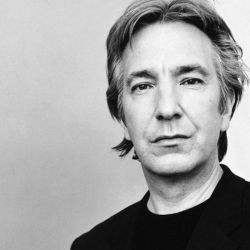 Rickman is remembered by many as a very generous man, capable of advising freshly graduated actors on how to act and behave on screen. As a matter of fact both Colin Firth and Matthew Lewis credit Rickman for their big jump in acting. Colin Firth was mentored in his beginnings by Rickman, one of the most relevant examples of the relationship arose when Firth had to play a version of Les Liaisons Dangereuses which Rickman had played before and had success with. Matthew Lewis first met Rickman on the Harry Potter saga by mentoring him through his first role. Later Lewis would say on Rickman “He inspired my career more than he ever knew”.

In the early days of Facebook, Mark Zuckerberg reached out to Steve Jobs for advice. The two worked closely and are said to have taken long walks in Palo Alto discussing entrepreneurship, with Apple CEO’s often giving advice on how to manage and develop Facebook. Of this close relationship grew Zuckerberg’s ability to see the future and grow his projects. On October 5th 2011, Mark Zuckerberg posted:
“Steve, thank you for being a mentor and a friend. Thanks for showing that what you build can change the world. I will miss you.”

The relationship which began at the beginning of the 20th Century is said to have started when Jung sent Freud a signed copy of his published studies. Following that, Freud, who was older, took Jung as his protégé and mentored him. The two developed a long lasting friendship which eventually ended when they reached different conclusion on the role of the unconscious. Freud referred to Jung as his “Heir”, the one who would live to see the promised land he would die too soon to reach. 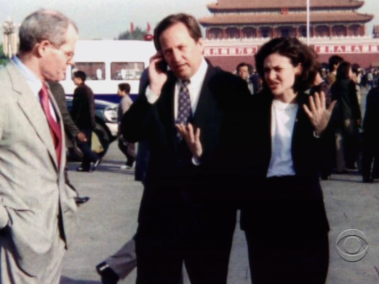 Originally Sandberg’s lecturer, Summers played a crucial role in the development of Sandberg’s career path. The mentoring relationship began when Sandberg started writing a thesis about the role of Women in the Economy and Government. Summers was her most supportive teacher. Later on, Sandberg followed Summers first to the World Bank as an analyst and then as a Chief Of Staff at the Treasury. The two kept a very close relationship in work characterized by a strong honesty toward mistake. 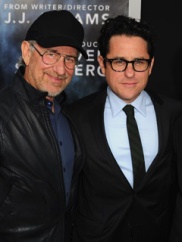 JJ Abrams first met Spielberg when he was 16. At that time, after having re-discovered old movies he thought he had lost, Spielberg hired Abrams to clean them up and tape them so they would never get lost again. Since then, the two families have known each other and Spielberg’s been closely following the career of Abram’s who is today considered as the “new Spielberg”. 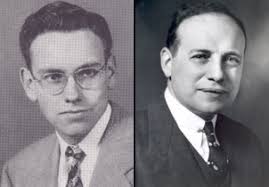 After reading Graham’s famous book The Intelligent Investor Warren Buffett is said to have totally changed and made Graham his idol. De facto, a few years later Buffett applied to Columbia Business School where Graham taught and started a close friendship with his teacher. Later on, Graham hired Buffett and the two started working together leading Buffett to the beginnings of what he is today.

Even though it is a long time ago, this trio of philosophers who each changed the world must not be forgotten. In fact, Socrates, Plato and Aristotle were each mentor to the second and each great figures who based their works on the experience of the previous to reach a new level of understanding and depth in their reasoning. This relationship is potentially the most striking of all when it comes to understanding the role of a mentor.

What we can see, is that knowledge transmission is definitely a major aspect of mentoring. We could maybe even say this is what mentoring is about, teaching what we have learned and learning what is yet to be experienced. If we re-use Freud’s words, mentoring is about preparing an heir that will see a world we will not be able to, creating a legacy in one aspect, and giving the tools to do better than us on the other.

For a mentee, this is a great opportunity to fast-track knowledge, get to the top of contemporary thinking right away and bring in new ideas, new points of view from a newer generation. This also means having a responsibility. If a mentee is to be, he must strive in the task he was mentored for.

“Tell me and I forget, teach me and I may remember, involve me and I learn”
– Benjamin Franklin

“Children must be taught how to think, not what to think”
– Margaret Mead